The RMD Rundown: What Turning 70 ½ Means For you Retirement Game Plan

What Turning 70 ½ Means For you Retirement Game Plan

Margaret Mitchell’s 1936 book Gone with the Wind is a title I’m sure many of you are familiar with—albeit perhaps not with the book, but rather the 1939 film starring Clark Gable and Vivien Leigh. There’s a line that often gets misattributed to various political candidates from time to time but comes straight from Margaret’s pen in her original work: “Death, taxes, and childbirth! There’s never any convenient time for any of them.”

Over the years I’ve found myself agreeing with the sentiment whenever it comes time to discuss RMDs with a newly-turned 70-year-old client. RMDs, or Required Minimum Distributions, are a fact of life just as much as death and childbirth.

The requirement to take a mandated distribution from your retirement accounts has been around since about 1982, with the rationale being that once you hit 70 ½ it’s essentially time to “pay the piper” (the “piper” being Uncle Sam) after having accumulated money in tax deferable accounts.1 The general logic behind this is most Americans may not even need to remember to do so, as someone in their retirement years is naturally drawing income from their accounts and would have automatically met their requirement for the year. Instead, the rule is meant to target more affluent retirees who are trying to avoid touching their retirement funds, and thereby place them into a position where they are obligated to pay taxes on their accounts via a mandated withdrawal. 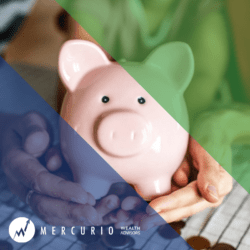 Whatever your personal thoughts might be on RMDs, they are something all retirees must face come 70 ½. There’re a few keys things to remember about RMDs that can help simplify what is often a headache when a person first hits the benchmark age.

As you approach 70 ½ you must take your RMD from a retirement account by April 1st of the year following the year you turn 70 ½. Sound confusing? Essentially it means if I turned 70 ½ today, I’d need to take my RMD by April 1st of 2019. If you wait until April 2nd, you’ll be forced to take two RMDs in one year and you’ll be hit with a heavier tax penalty as well due to withdrawing a higher amount from your accounts. Trust me: you need to take your RMD on time.

In order to calculate your RMD, there’s a table given by the IRS to help show retirees how much they need to take out in order to reach the mandated quota. Here is a link to simple RMD calculator  put out by FINRA, or the Financial Industry Regulatory Authority. You can put a guesstimate amount for your previous year end balance (or the exact total if you know it), your current age at year-end, and then the site calculates how much you’ll likely need to withdraw.

Ultimately the point of an RMD is to make sure you’re paying your dues. That being the case, you can expect your RMD to increase each year. The divisor the IRS uses is based on your life expectancy, which naturally decreases with every birthday you celebrate. By the time you hit your 80s, you’ll likely end up taking out more in your RMD that you may be netting in growth in your account. This doesn’t always mean you need to up your account’s risk allowance, but rather that you just need to be more aware of how it’s being managed and what the long-term strategy is for your retirement years.

Just to make the situation even more fun, the IRS has different rules for different types of accounts. Traditional IRAs follow the general ruleset described so far. Roth IRAs, which are generally not taxed, are totally exempt from RMDs but have their own drawbacks. If you’ve got an Inherited IRA from someone who passed away, you’ll have to likely take a distribution regardless of what age you currently are. If you’ve got multiple account types and aren’t sure which you need to pull from and which you don’t, I highly suggest you meet with a financial planner to dive into the details of understanding your RMD situation.

RMDs are never something retirees are overjoyed about, but they are a fact of getting older. Legally, there’s no way to avoid paying them (and from a fiduciary standpoint, I don’t advise that you try!)  Just like any of type of tax, you need to be aware of them now—and not later—in order to make sure that you’re taking your RMD in the most financially-efficient way possible. If you’d like more information on what your RMD might look like or how to make sure your game plan is structured to account for them, I encourage you to request a free consultation to make sure your retirement is on track.