The High Seas of Retirement

The High Seas of Retirement 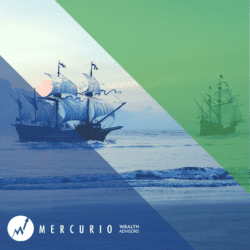 Have you ever read Treasure Island or seen Pirates of the Caribbean? Even if you haven’t, you’re probably familiar with the concept: swashbuckling pirates, buried gold, and the mandatory well-worn map where X marks the spot. A band of adventurers unites together to face puzzle and foe alike, doggedly pursuing their end goal of hidden riches. Some of us likely played pirates when we were kids, imagining ourselves on the high seas along Blackbeard or Long John Silver.

Stories like Treasure Island do wonders for the imagination—but it shouldn’t be how it feels to try and track down what you’re shelling out in fees to your advisor.

I’ve been asked by prospective clients over the years to give my opinion on what it looks like they’re paying in fees. They’ll show me the prospectus they were given about a mutual fund or a copy of their year-end summary from their current advisor and ask us to show them a breakdown. For me, that’s a red flag right off the bat: they don’t even know how to tell how much they’re being charged!

Generally, I tell my clients you can expect to pay around 1.5-1.9% total to have your accounts managed by a financial advisor. This should really be the total fee, including any administrative costs, that you see coming out of your accounts. Your advisor should be able to clearly lay out exactly what fees you are paying and why you’re paying them.

The truth I’ve found paints a much more unsettling picture.

In this scenario, the only “pirates” are often shady advisors or investment companies unwilling to reveal the real fees you’re paying. I’ve seen some advisors disclose their usual fee (1-1.5%, in the normal range), but then not mention the 2.5% additional fee from the mutual fund they’ve got you invested in. Your average 401(k) plan charges anywhere from 3-4% per year, but again you may only see the “administrative costs” being accounted for on your yearly summary.

You shouldn’t have to go on a treasure hunt just to find out how much money you’re paying your advisor. Despite a ruling by Mary Schapiro, the former head of the Securities and Exchange Commission (SEC), which stated that companies were mandated to disclose all fees to investors, many seem to skirt this ruling by only posting their “administrative fees” and nonchalantly not mentioning the additional 3-4% that might be coming out alongside it. As of now there hasn’t been a lot of political or legal throwback against this either. Unfortunately, it’s left up to the consumer to try and figure out if they’ve got a good captain for their retirement, or a regular Blackbeard (complete with wise-cracking parrot who handles the paperwork).

As the year winds down, I encourage you to take a closer look at your accounts and make sure the numbers add up when it comes to fees being withdrawn.

The transition between the current year and the next is when many tend to make financial changes due to tax season, as that’s when most of us are diving into how our accounts performed the past year. You’d be surprised at how many times I’ve met with couples that are confidant they’re paying less than 1% in overall fees, only to find out that thousands of dollars have been taken out via methods that are just outright hidden from them.

Your retirement isn’t a golden treasure chest to be looted by whoever finds the hidden X marking it for the taking. You shouldn’t have to go digging through mounds of paperwork, call multiple customer service lines only to get differing answers, or have an extensive financial background for your advisor to lay out in black-and-white what you’re paying them to manage your accounts. Ask questions, get a second opinion, and make sure you haven’t let pirates take the helm of your retirement ship.