But that’s Better Than None at All 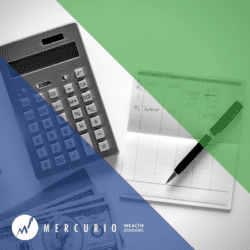 I’ve got a question for all the retirees out there reading this: did your annual budget match what you ended up really spending? The reason I ask is a recent Global Atlantic article surveyed more than 2000 retirees to find out how happy they are since leaving the workforce. The biggest complaint across the board was that retirees felt they were spending more than they anticipated—a lot more. Nearly 40% reported they were spending more than expected primarily on recreation (dining out, movies, travel etc.) and healthcare, with costs sometimes higher than when they were in the workforce!

I’ve been trying to focus more on helping our clients make sure their retirement is successful outside of just making sure they’ve got the right income stream or market positions. This can be tricky, as retirement brings up bigger questions about life or your future that don’t have an easy black-and-white answer. When it comes to trying to avoid having your budget be a major regret as you settle into retirement, there’s some easy solutions to try to solve this before it becomes a problem.

Practice Retirement Before You Retire

Get a good assessment of what you want to do in retirement. Have a mental Bucket List in your head? Great—write it down! Whether it’s a family vacation, downsizing or upgrading your home, moving across the country, or buying a few toys you’ve had your eye on, write it down and start figuring out what that will really cost you. Don’t just “eyeball it” either. Start researching what the true cost of everything will be, rather than guesstimating in your head.

Some retirees think that their expenses will be lower because they’re “not doing much” anymore. That’s not the case. When you retire, you don’t suddenly turn into a robot that just sits around in sleep mode until there’s a grandkid to babysit. If staring at the television is your game plan, you’re going to real bored, real fast—and just like anyone else, to alleviate that boredom you’ll end up spending money. Psychologist John Eastwood has been able to connect boredom to overspending, as a bored person doesn’t want to be bored, so they end up seeking out quick fixes to stimulate them (food, entertainment, etc.) This leads to excessive spending that often won’t even “un-bore” you, as the root of the problem is a lack of satisfying actvitity.1 Eastwood points out that retirees must break bad habits that lead them into avoiding the world. In layman’s terms, this means you need to find a purpose—whether that’s a hobby, a social club, volunteering, or whatever you like—and stick with it.

Don’t Compromise Your Future for Your Present

Vacationing among retirees is insanely popular (and a great way to fix the boredom problem we just talked about!), but it brings with it its own can of worms. Don’t get me wrong—vacations are a wonderful thing to do, and what better time to go on that cruise or road trip than when you have all this free time? The problem is retirees often spend more than they anticipated on vacations, as they typically have a “last hurrah” mindset.2 While living life by saying carpe diem and dipping into your nest egg is doable for a while, you must remember to keep future goals in mind as well. If you suddenly start dipping into your house project fund to get a few extra days on the cruise, you’re going to be pulling from somewhere else later to cover the difference. This can be a costly habit to get into if you let it repeat itself, and links back up with my first point. Go for that dream Bucket List—but get a budget for it too, and then be willing to stick with it.

Retirement is not something you want to start off with regrets or “I wish I had”s. Having a plan for things outside of the financial realm is just as important to make sure your overall game plan can serve you wel. If you want help figuring out how to make sure your plan has you fully covered, feel free to give us a call for a free consultation or join one of our upcoming webinars.